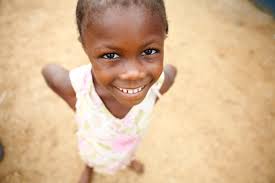 Who is an Orphan?

Islamically,  an orphan is a child who is left with no protection because their father passed away. Nevertheless, the rights upon a believer towards orphans aren’t limited to the above definition. Any child that is uncared for, motherless, fatherless, in the system or helplessly on their own is an orphan. The lawful right of an orphan is to be protected, taken care of physically, psychologically and emotionally. And undoubtfully, it’s upon the Muslim community to rise from the ashes and pitch in.

For example: Hypothetically, If I adopted a boy of age 5, initially, I wouldn’t have to wear hijab around him, but as he grows nearer to coming of age, I would have too. Note this is a struggle for both parties. How does a mother explain to her son, her adopted son, the son she raised wholeheartedly, the son she loved unconditionally for X number of years, ‘the concept of non-mahram’? Can a child in his early teens fully grasp such a concept? How does a child in his early teens explain his relationship with the mother that raised him to his friends? It would weigh him down.

Even if a girl was adopted, it not fair to her to wear hijab 24/7 in my house. Let’s assume we’re in Ramadan and its iftar time. The poor soul would have to attend iftar with a full hijab like a guest; every day of every year. How can someone wear hijab 24/7 outside and at home and not feel alienated?

The Prophet Mohammad (PBUH) said, “I and the person who looks after an orphan and provides for him, will be in Paradise like this,” putting his index and middle fingers together. – Narrated by Sahl bin Sa’ad

I believe the best way to work our way around toying with an orphans life despite our good intention is to have the child breastfeed, at his/hers early ages, it doesn’t matter if it’s from you or your/his sisters’ and in doing so, a link would be created.

Another possible solution, which is also the hardest is to adopt a girl if you are a capable single mother and you have room for one more or vice versa for a strongly willed single father. Lastly, the wisest solution is to donate your time, effort and wealth to making a collective difference. Sponsor a child! Donate to a charity! Provide much-needed essentials to development projects. Spend quality time with them and bond and offer all forms of support.

On a side note, for all the orphans out there, IMAGINE knowing Allah chose your care, your health, your education and etc. to be the cause of someone, somewhere, attains Jannah? How magnificent is that? May Allah reunite you all.

View all posts by Muslimah23

The Arabic text translates to : One of them was asked, "who are the happiest people?" And he said, "the one who makes people happy". Shout out to @zeek945 for sharing this very relevant quote. It brought joy to my قلب. اللهم اجعلنا سببا في إسعاد الناس!!! #actofservice #hapinessquotes #happiness #selflessness #selflessservice
61:10 - 13 #surahsaff #quranrecitation #quranverses #quran I've listened to this recitation so many times till I memorized it. I honestly live for Qur'an and Qur'an recitations. Qur'an is life, y'all. Reciter: @shsharifzain
No words can express how much I love these beautiful souls. They were my team. They are my friends; yet my brothers and sisters too. I have nothing but the craziest and fondest memories of these guys. So many highs, enough to keep me smiling for days. A few lows, enough to keep me up at night. And tbh. I wouldn't have it any other way...I definitely wouldn't exchange it for the world. They don't know how much they unknowing aided me during one of the rockiest moments in my life. For that, I'm forever grateful. I owe a fraction of who I am today to them and their patience. S/O to my team 2015-2017 and @NAITMSA. May Allah grant them success every step of the way. #teamwork makes #dreams work.
#Summer2018 #summervacation #summer #explorecanada #canada #exporebc #beautifulbritishcolumbia #capilanosuspensionbridge #steamclock #victoriaisland #vancity #bcferries #sunset #photography #photooftheday #naturelovers