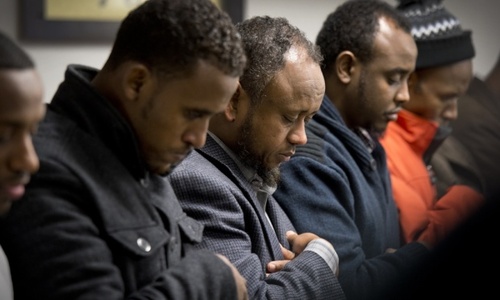 Like the Chapel Hill Shooting victims, I didn’t know him. Like Deah, he was my brother, our brother, to many in Islam and to others in humanity. Regardless, these four winners had great legacies that people like you and I dream of.

Subhanallah, I feel a different type of pain when it comes to Mustafa Mattan. His death was a death close to home. I’ve never been to a Janazah before. Subhanallah, before my 8 month stay in MisrEgypt, I don’t even think I knew what Janazah was. In fact, that’s why Fiqh of virtually anything amazed me. Subhanallah, the day I learned Fiqh of Janazah is the same day my Aunt/neighbors’ 8-year old son died. Subhanallah, my first real death saddened me deeply. I kept putting myself in my Aunts shoes or her daughters or her sons, but I couldn’t fathom the pain of losing someone, let alone a child or brother.

That kind of pain is the pain I felt when I received this email hours before his Janazah. I remember instantly texting my father to aware him of the Janazah, on the off chance that he didn’t know. But that’s as far as I went by the will of Allah. I guess this why I’m writing this.

I didn’t know Mustafa Mattan, but I’ve only heard good about him. Whether it was from my friend who previously lived in the same building as him in Fort McMurray and deemed him and his roommates as ‘religious’ or whether it was a family friend who stated that Allah blessed him to die with the Shahada on his tongue and we all know, one must live by it to die with it or whether it was the CBC article that stated he was a member of Assalamu Mosque in Ottawa.

I’m sure this man of God had a group of (Muslim) people pray Janazah for him, and I pray Allah accepts their intercession.

So, earlier yesterday, I remember coming across his friends GoFundMe page to cover his Funeral Costs/Debts. Instantly, I recalled the Prophet(PBUH) at some point refused to pray on someone who was in debt. Instantly, I recalled the continuation of the same hadith in which the Prophet replied to a man who paid the deceased man’s’ debt, “Now his skin has become cool for him.” Subhanallah, after we leave this Dunya, we can only hope people take care of our affairs when we are no more.

Inshallah, let’s donate whatever we can to cover his debt and/or student loans and support his family during these hard times. &Inshallah because we engage in such acts, Allah may bless us with people who in return do the same for us.

Inshallah, he rests in Jannah.

Also, today, an Ustadha of mine whom I love for the sake of Allah, who happens to be Mustafa Mattan aunt requested duaa that Mustafa Mattan’s killer is brought to justice. So inshallah let us make dua.

View all posts by Muslimah23

The Arabic text translates to : One of them was asked, "who are the happiest people?" And he said, "the one who makes people happy". Shout out to @zeek945 for sharing this very relevant quote. It brought joy to my قلب. اللهم اجعلنا سببا في إسعاد الناس!!! #actofservice #hapinessquotes #happiness #selflessness #selflessservice
61:10 - 13 #surahsaff #quranrecitation #quranverses #quran I've listened to this recitation so many times till I memorized it. I honestly live for Qur'an and Qur'an recitations. Qur'an is life, y'all. Reciter: @shsharifzain
No words can express how much I love these beautiful souls. They were my team. They are my friends; yet my brothers and sisters too. I have nothing but the craziest and fondest memories of these guys. So many highs, enough to keep me smiling for days. A few lows, enough to keep me up at night. And tbh. I wouldn't have it any other way...I definitely wouldn't exchange it for the world. They don't know how much they unknowing aided me during one of the rockiest moments in my life. For that, I'm forever grateful. I owe a fraction of who I am today to them and their patience. S/O to my team 2015-2017 and @NAITMSA. May Allah grant them success every step of the way. #teamwork makes #dreams work.
#Summer2018 #summervacation #summer #explorecanada #canada #exporebc #beautifulbritishcolumbia #capilanosuspensionbridge #steamclock #victoriaisland #vancity #bcferries #sunset #photography #photooftheday #naturelovers